The Madrid derby is set to take place this weekend in the La Liga, and it sure promises to be a cracker.

Madrid manager Zinedine Zidane would be keen on breaking Atletico Madrid’s stranglehold at the last Madrid derby at the Vincente Calderon Stadium.

For a very long time, Real were always winners when both sides met. However, Diego Simeone singlehandedly changed such records. Since a 2-1 win at the Calderon three years back, their city rivals have won four games and two have ended in a draw.

This season has not been a memorable one for Fernando Torres as he has been struggling just to find a starting role in Athletic Madrid as the Spanish attacker has managed to get consistent time in the pitch for league matches but mostly as a substitute player.

The head coach of Athletic Madrid, Diego Simeone prefers to utilize the services of Antoine Griezmann and Kevin Gameiro as his main attacking options as those are the players that are regular starters in Athletic Madrid and Fernando Torres has had to settle with a place on the sidelines with limited time on the actual pitch for particular matches.

Even though Fernando Torres is not playing a very influential role in Athletic Madrid, especially for a player that used to be such a key figure a few years ago, Torres is excited about having to compete for a spot in the first-team of Athletic Madrid as he said:

Fernando Torres believes that it is the right time for Atletico Madrid to face Barcelona and he is confident that his team can cause troubles. 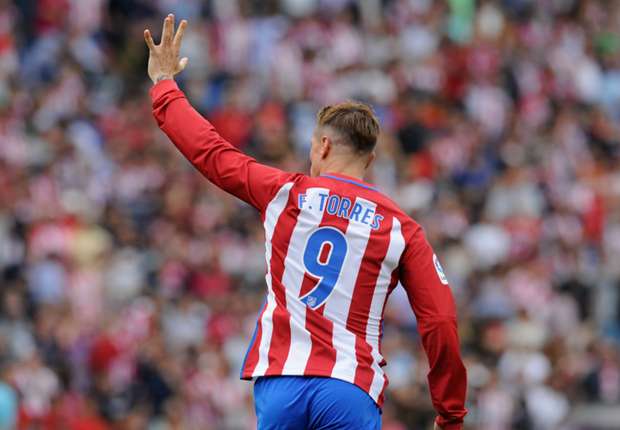 He believes that there is not a big difference between both teams and that his team is genuine contenders for the title.

Atletico Madrid has just won three games in a row, and Fernando Torres believes that this is the right time to face Barcelona. He said that the spirit is high throughout the team and that the players are confident that they can get a good result in the game.

With Real Madrid having a 100% record so far in the season, it is important that both teams win if they do not want to be distanced in the title race.

Fernando Torres has recorded an impressive goal form after returning to his former club, Atletico Madrid.

The striker scored in four consecutive games for the first time since his move to English Premier League side, Liverpool. The centre forward who is 32 years old had this same form last in March 2010. The Spaniard has struck up an amazing partnership with team mate, Koke.

Former Lyon and Chelsea player, FlorentMalouda is currently playing in Egypt with WadiDegla. Previously the former French international was playing in the Indian Super League with Delhi Dynamos.

FlorentMalouda came to the big stage in the French league when he was playing with Guingamp. He formed an excellent partnership with Didier Drogba in attack, and together they manage some important goal for the French side.

Fernando Torres is currently playing for Athletic Madrid on a loan deal which runs out in the summer and when this time arrives, Torres will have to make a return back to Ac.Milan but Diego Simeone of Athletic Madrid has the option of signing Torres on a permanent deal, the Spanish manager has recently stated that he isn’t sure about whether or not to take up the option of permanent signing the 31 year old forward.

Former Chelsea midfielder Florent Malouda has claimed that Delhi Dynamos will not shy away from being defensive in their next match against Goa.

Malouda has made a big impact in the Indian Super League after managing to create eight goals for his teammates this season. He will be one of the players to watch against Goa. Due to the wealth of experience that he has on his side, Delhi are slight favourites ahead of the game. Goa lead the ISL with a slender advantage over the likes of Delhi and Chennai. Malouda has recalled the two games in which Delhi have come up against Goa.

Atletico Madrid forward Fernando Torres has insisted that he has no envy of his teammates, who get to play more regularly in the first-team under Diego Simeone.

For the past few years Fernando Torres has seen his career taking a slump as he failed on making an impact in Stamford Bridge with Chelsea and things didn’t improve after performing with the Italian side Ac.Milan.

Torres later went on and joined Athletic Madrid where he has managed to display glimpses and flashes of brilliance with a few impressive goals being scored but not at a consistent level.

Athletic Madrid played their 34th La Liga match of the season on April 29 as Diego Simeone and his team played against Villareal in a game that concluded with a final scoreboard of 1-0 with Fernando Torres scoring the only goal of the entire match.

Fernando Torres entered the pitch at the 62nd minute and managed to make a huge impact only a few moments later as the Spanish forward capitalized on a mistake from Eric Bertrand as the defender lost the ball and allowed Torres to make a burst upfront and get past everyone in his path before tapping it into the net.