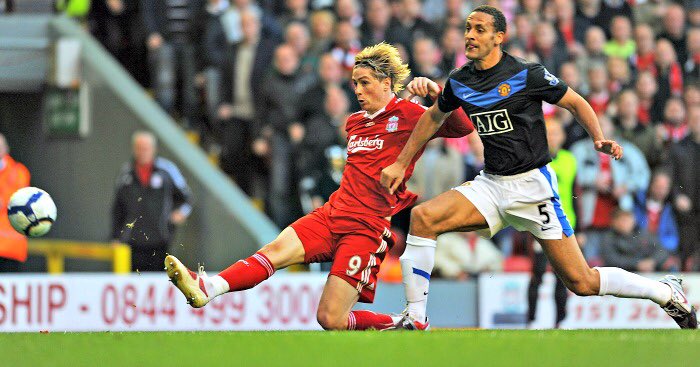 Ferdinand reviewed the game on his channel on Wednesday as he criticised the current crop of Manchester United players for their lack of fight and desire during the game which ended in a 4-0 defeat. According to him, Liverpool were some levels behind Manchester United during his time at Old Trafford, but it counted for little as the Reds showed fight and character always to try and get a result against the Red Devils. He went on to to talk about Fernando Torres and their duels together and how he usually needs treatment at the half-time break after the Spaniard has stamped on his foot during the game.

Ferdinand and several Manchester United fans were disappointed at the way it was easy for Liverpool to see off their team thanks to the brace from Mohamed Salah who was able to end his wait for a goal from open play. The Egyptian had not scored from open play for several weeks until the Manchester United game. He provided two goals, while fellow forwards Luiz Diaz and Sadio Mane were also on the scoresheet for the Reds.