Atletico Madrid captain Diego Godin has said that the club’s inability to test Juventus backline contributed to their exit from the Champions League. The Madrid giants had a comfortable 2-0 advantage from the first leg of the round of 16 stage but they could not hold the advantage for the second leg in Turin where the Bianconeri erased the deficit and eventually progressed to the quarter finals. 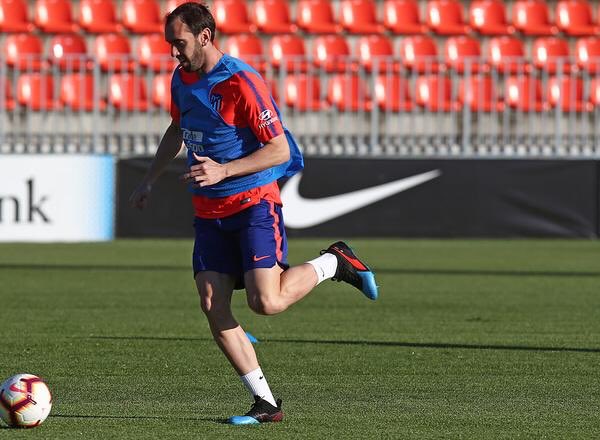 Following the game, Godin acknowledged that the tactic was to defend on the night but that plan was shattered with the Bianconeri getting the three goals required to oust them from the competition. He added to lament on the team’s inability to make the difference upfront after the likes of Alvaro Morata and Antoine Griezmann failed to manage a single shot on target.

He said via Goal.com: “We couldn’t find a way to hurt them. We defended but conceded goals. We didn’t look like scoring a goal, which was needed for the tie. We weren’t surprised by Juve at all. We knew it’d be a difficult match, against tough opponents who would play. They defended well and attacked well. They were careful and smart, while we couldn’t find the goal we needed.”

With the defeat, Atletico seem certain to end the season without silverware unless they manage to overcome the seven-point deficit to Barcelona at the top of La Liga. Atletico have managed to maintain the second position in the standings for most of the campaign but their prospects of catching up on the holders remain slim, given Ernesto Valverde’s side barely tend to lose games.

As such, the Capital outfit may have to settle for the runner-up spot for the second season running with the hope of regrouping and coming up with a stronger challenge next term. Atletico face Athletic Bilbao on the road before the international break.