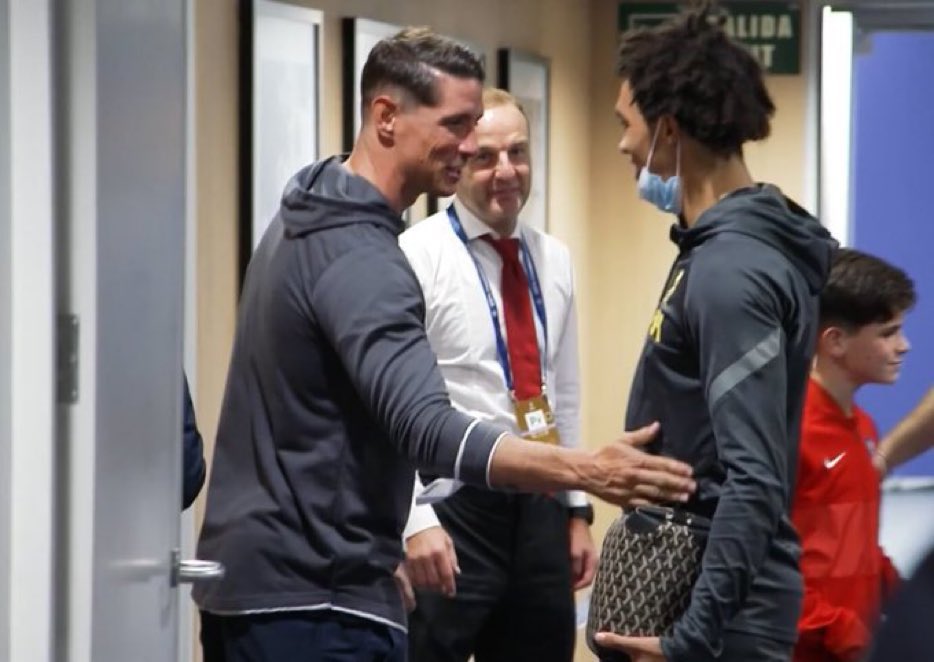 Trent was in the Liverpool starting XI as they secured a big win in the quest to finish at the top of their group via a 3-2 win.

Liverpool were sensational in the opening quarter of the game and they were rewarded with two goals from the in-form Mohamed Salah and Naby Keita. Atletico Madrid thereafter showed character and fighting spirit to get back into the game through Frenchman Antoine Griezmann. The French World Cup winner was also the recipient of thesecond Atletico Madrid goal as the hosts came back from two goals down to secure a 2-2 draw thanks to the average display from the Liverpool defenders.

The major talking point of the game was at the start of the second half when Griezmann was sent off as he went from hero to zero. The ex-Real Sociedad attacker was dismissed for a dangerous high boot on Liverpool forward Roberto Firmino. Liverpool would go on to make the numerical advantage count thanks to the 78th minute penalty from Mohamed Salah.

The Reds were awarded a penalty when Spanish defender Mario Hermoso brought down Liverpool substitute Diogo Jota in the box. Salah made no mistake from the resulting penalty to give his team a big win over 10-man Atletico Madrid. The hosts had a penalty overturned in the final minutes of the game via a VAR check when Jota appeared to foul Uruguayan defender Jose Gimenez in the Liverpool box. In the end, Liverpool held on to take the win and move five points clear of Atletico Madrid in Group B.

The result ensured that Liverpool maintained their perfect start to this season’s Champions League group stage ahead of their second meeting with Atletico Madrid at Anfield on Wednesday night.