Atletico Madrid manager Diego Simeone has said that he is unsurprised with the transfer interest in goalkeeper Jan Oblak. The Slovenia international is widely regarded as one of the best goalkeepers in the world and his future has been the subject of speculation in almost every summer transfer window. 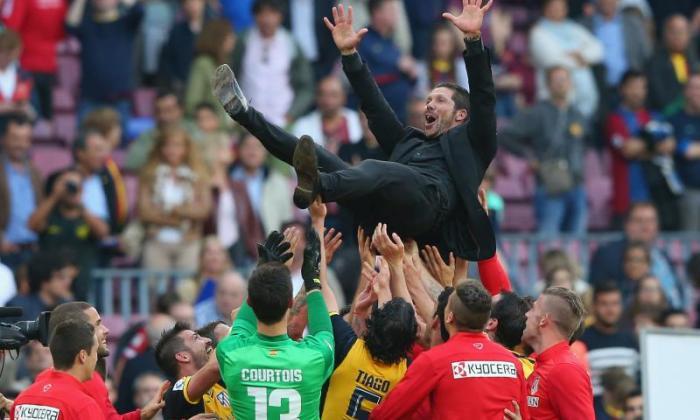 Premier League giants Chelsea have been linked with his services this summer as they look to replace Kepa Arrizabalaga in goal and Simeone is not surprised by the gossip involving Oblak, he told: “I am not very surprised because every year at the end of the season all our most important players are under the radar of the most important teams of the world. I think it is normal they are always looking for the best players as we have many in our team.”

Atletico have lost a number of players in recent times including Antoine Griezmann but Simeone is hopeful that Oblak will stay put with the club, he added: “In previous seasons, some players left the club and others remained, but I think it is logical a player like Oblak is wanted by many teams. He is our captain and a very important player in the last few years. I hope he can continue with us because he is very important for Atletico Madrid.”

Frank Lampard’s side have grown frustrated with the inconsistent displays from Kepa in goal and they have identified a number of possible replacements. Among those, Oblak is obviously the top name on their radar, but a deal could be expensive with Atletico unlikely to sell him unless the £109m release clause on his contract is triggered.

So far, that does not appear feasible with the financial impact of the coronavirus pandemic and Simeone should not be overly concerned by the speculation. Oblak could have plenty of work to do this month as Atletico Madrid look to compete for Champions League glory. They are scheduled to face RB Leipzig in the one-legged quarter-final.